School engagement may be secret to success 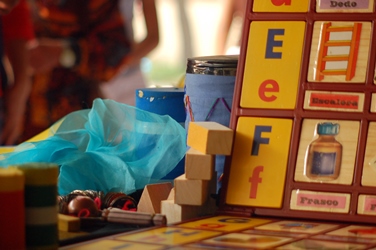 School engagement may be secret to success

New research at Menzies Research Institute Tasmania, an institute of the University of Tasmania, has found children's engagement with schooling, above and beyond their academic performance at school, predicts their level of education and occupation as adults.

New research at Menzies Research Institute Tasmania, an institute of the University of Tasmania, has found children's engagement with schooling, above and beyond their academic performance at school, predicts their level of education and occupation as adults.

The ground-breaking study was recently published in the British Educational Research Journal, one of the leading international education research journals.

The long-term impact of childhood school engagement on educational and occupational achievement in adulthood was found to be independent of socioeconomic factors, personality, self-concept as a learner, and childhood academic attainment as rated by the teacher.

The research used data from the Childhood Determinants of Adult Health study, a national population-based study that collected health-related data from school children aged 9 to 13 years, and again 20 years later when they were young adults.

A School Engagement Index was created using questionnaire items on school enjoyment and boredom, including items such as motivation to learn, sense of belonging, participation in school or extra-mural activities and enjoyment of physical activity.

Findings revealed that each unit of school engagement was independently associated with a 10 per cent higher chance of achieving a post-compulsory school education at some point during the next 20 years, including as a mature age student.

Menzies' University Associate and retired Professor of Education, Dr Joan Abbott-Chapman says the findings suggest that school engagement has a pervasive and long-term influence on educational and occupational outcomes in adulthood.

"Smaller scale educational research has shown that inspirational teachers and effective schools, whether public, private or Catholic, can overcome the limitations posed by disadvantaged student backgrounds through the encouragement of students' engagement with learning. This research strongly confirms those findings using unique national longitudinal data, and moreover demonstrates their complex relationship with wider aspects of individual health and wellbeing," Dr Abbott-Chapman said.

"The research provides support for the importance of schools delivering a rich learning environment inside and outside the classroom to encourage student engagement, whatever their family background."

Menzies' Postdoctoral Research Fellow, Dr. Seana Gall says, "We are excited by these new findings that suggest that we should focus on much more than just how good children are at school to ensure long-term success."

The research is part of an ongoing study looking at the long-term effects of childhood on health and wellbeing into adulthood.