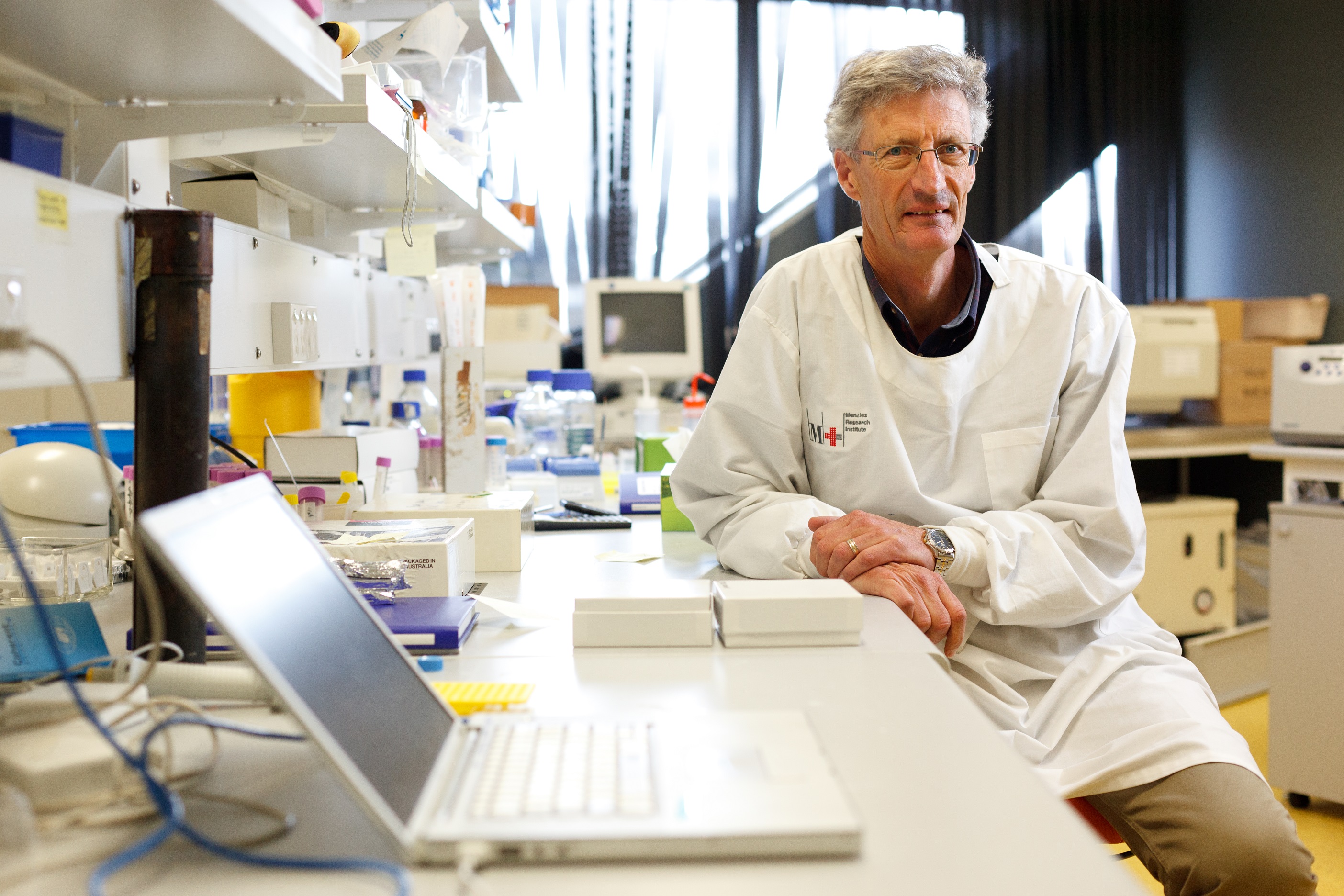 Professor Greg Woods (above), the leader of the DFTD team at Menzies, said scientists used immunotherapy on devils with a golf-ball sized tumours and then observed the tumours gradually shrinking and disappearing over three months. “This is almost a Eureka moment for us because it’s the first time we can say for sure that it was the immunotherapy that was making the tumour shrink,” Professor Woods said.

Building a good understanding of the devil’s immune system, which goes hand in hand with the development of a vaccine, involves years of painstaking laboratory work. The process is incremental, but with each step scientists are closing in on the disease. This breakthrough is the next step on from work published in 2015 that showed that the devil’s immune system was capable of mounting an immune response to DFTD.

Professor Woods said the latest work underlined that the devil’s immune system is its best ally against DFTD. “This is an important step along the way to developing a vaccine to protect against DFTD and potentially for immunotherapy to cure devils of established DFTD,” he said.

Dr Cesar Tovar is the lead author on the latest paper. He said the results were very encouraging as they confirmed that it was possible to trigger the devil’s immune system to recognise and destroy established DFTD tumours. “Our research shows that a DFTD vaccine is feasible. We are focusing our efforts on developing strategies to improve the devils’ response to immunisation,” Dr Tovar said.

The research was published in Scientific Reports. It was funded by the Australian Research Council, the National Health and Medical Research Council and the
WellcomeTrust, with additional support from the University of Tasmania Foundation through funds raised by the Save the Tasmanian Devil Appeal.
Professor Woods said the support of the Save the Tasmanian Devil Appeal (www.tassiedevil.com.au) was critical for ongoing work.

The paper is available here once published: www.nature.com/articles/srep43827